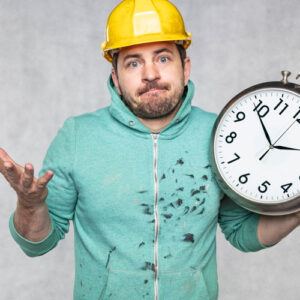 On January 10, 2022, Governor Murphy signed into law NJ-A4903/S396. This bill amends N.J.S. 2A:14-1 and adjusts the statute of limitations on damage claims for construction defects in common interest communities. Specifically, in a claim for damages resulting from a construction defect in a condominium, cooperative, or other planned real estate development, the new legislation requires the statute of limitations to begin running at the time of the transition from developer control, instead of substantial completion of the project. The statute of limitations for filing a claim for damages resulting from a construction defect currently runs for six years from the date of a project’s substantial completion, so long as the defect does not result in an unsafe condition. A developer retains the ability to control the majority of a common interest community’s executive board until the transition, which occurs sixty days after the conveyance of 75 percent of the units in the community. This transition from developer control can occur years after the project’s substantial completion, leaving little or no time within the six-year window for the owner-controlled board to decide to file a claim against a developer, even when legitimate defects exist. This bill intends to allow the owner-controlled board more time to file a construction defect claim by requiring the statute of limitations to begin running upon transition of developer control.

This information should not be considered legal advice and is not intended as a substitute for consultation with an attorney. This website is an advertisement by the law firm of Radom & Wetter. No aspect of this advertisement has been approved by the Supreme Court of New Jersey. Radom & Wetter is a law firm in the state of New Jersey and serves the following communities; Atlantic County, Bergen County, Burlington County, Camden County, Cape May County, Cumberland County, Essex County, Gloucester County, Hudson County, Hunterdon County, Mercer County, Middlesex County, Monmouth County, Morris County, Ocean County, Passaic County, Salem County, Somerset County, Sussex County, Union County and Warren County.